I saw my physiatrist again. She thinks cortisone is unnecessary for the chronic pain I have in my left knee, and now my right knee. Seems that not rolling on the floor, crying to be put out of my misery, means I must be fine. In Canada we have an excellent medical system, however, there are ways for clinics to make money. Such as getting a market hold on all the needs of patients in one field – do that and the money comes rolling in from sales of all the extras. Also the fact so many medical personnel are under one roof churning through patients. I am of the opinion that there is too much pushing of expensive, not covered, devices over medication or other means of alleviating pain that are less costly. The other issue is that a number of practices are not covered by our medical system – depending on which province one lives in.

Kinesiology was suggested by a friend of mine. Specifically the tape I have seen runners and other athletes use. I have less than three weeks to look into if visiting a kindsiologist is covered. I doubt the tape would be. My main interest is that tape is far less bulky than two braces. That being the suggested action I should take. I am weighing the pros and cons without having learned more about taping so thought I would ask around, here and elsewhere, if anyone else has had to deal with chronic pain and how they dealt with it. 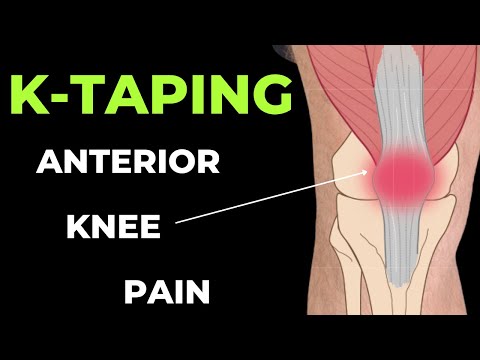 How is it possible to travel on a motorcycle for ten days wearing one or two braces? Carry baggage without falling over?  Rush to catch a train/plane/bus because traffic was crazy. Or run away from polar bears? (It is unlikely I will encounter any this time of year but who knows) How to fit the things into an already tightly packed backpack to meet flight carry on specifications. Perhaps just keep taking NSAIDS and using one of many topical ointments. Except the latter would not be allowed in a carry on bag. Just how does anyone travel when in constant pain that only subsides when visiting the doctor!?

I find I need to explain my title. C3 refers to the three ocean coasts that touch Canada, the 150 refers to 150 years since the signing of the Constitution in 1867. I hope to stay from the politics of the event while still talking to anyone I meet who is travelling this summer. I had hoped to make it to the Atlantic Ocean during my June/July trip – so far not on my itinerary. Instead I opted to head north. The following is just a taste of the month I spent preparing this trip.

Of Course I Can Get There

It took some effort, frustration and doggedness to finally sort out my mid-June trip in Canada. One flights, six train trips, and three hostel stays booked – one will be a repeat – but I am set! It does pay to collect reward points whenever possible. What should have totalled over 1200 CAD for all the transportation came to 73.82 CAD – and that is how I manage to travel. I even managed to have Airmiles and Via points left over to build up for other Canadian trips.

Victoria to Toronto to Kingston: air and train ✈️🚞

Technicality: I did pay for a flight to New York, that stops in Toronto. The airline made some changes so I decided to take them up on their offer to make a major change rather than request a full refund. That one way trip was about $228, paid way back in January! However, when breaking down my month long trip I did not factor that trip into total fare. So, approximates for two flights, six trains $1450+, paid $300. Still an excellent saving.
Where to and what I will do. I will leave Victoria to fly out of Vancouver, fantastic because it means I can take the ferry. I have said this before, leaving the island by boat makes my trips seem like an early start to my adventure. It is unlikely I will take the brand spanking New V2V Empress as it goes to downtown Vancouver. Another time. I am thinking budget all the way. I love that I will have a non-stop, overnight flight. I am hoping I will be relatively refreshed and ready to hit the tracks to Kingston. Another travel must for me when I fly east, land in Toronto, take the train to Kingston. I will take it back mid-July also, then board another train for Winnipeg.
A week of emails and UWinnipeg Hostel has finally been booked.

Definitely no V2V Empress, I did not even get my free trip – it was supposed to be offered at a later date, never happened. Rather disappointed.

Update, it is never a good idea to plan two trips. It seems I am flying out of Victoria, no ferry trip. I also had to re-confirm UWinnipeg Hostel is booked for two different stays. If I am having this much trouble booking at a university in Canada I wonder if it is even feasible to consider universities in some cities in China.

Why Planning Ahead Is Not Micromanaging! 🗓🗒💻📞

I like to plan everything as far ahead of time as possible when it comes getting to where I need to depart from – airports, train stations, ferries, buses – they all need to be got to. So glad I do this as even so close to home things change. I was working on getting to the airport by local transit ($5.00) only to discover the route and buses used have had significant changes. Rather than two buses I will now have to take three, the last is at the McTavish Park ‘n Ride that is basically in the middle of nowhere – fortunately, so long as I work everything out properly, I should be able to catch the last community bus and still get to the airport 1 1/2 hours before departure. So there is absolutely no room for error! I can see making the decision to leave earlier just in case. There is no standing room on the community bus. It carries fewer passengers, no idea what is suggested if there are too many passengers all vying for the last trip.

After about a week or so of spending several hours daily I finally hashed out my itinerary for roughly the first 25 days of my trip to China and Vietnam. I struggled with how to fit in what I want to see and do within the time constraints of avoiding the National Day holiday. My initial itinerary was adding up as too difficult to really enjoy anything; it had me rushing off for the far reaches of Gansu and Northern Shanxi provinces, in Northwest China, before flying to Saigon. Just not practical, even if taking in only one of the provinces. The cost of airfare to Saigon alone was prohibitive.

I decided to break my trip into four sections. I will do a much smaller loop for the first ten days, Shanghai, Suzhou, Nanjing, Huangshan, Shanghai. Although I have been to Suzhou and Nanjing there are still places I want to visit. In Suzhou my main goal will be the New Suzhou Museum, known for its simplicity of design. I saw a documentary about the architect, I.M. Pei, and how much this particular project meant to him.

In Nanjing I hope to visit the city wall there, maybe rent a bike and ride on it, we only drove past it when there years ago. One can do so much solo; whereas with children, or even other adults, so much has to be considered. There are so many layers of history in that city to be studied and one visit found me wanting to know more.
Huangshan, Anhui will be a stepping stone to the Huangshan (Yellow Mountains) National Park, where I will spend one night somewhere in the the park – not sure if at the base or partially up a mountain – this is what makes travelling an adventure. In addition, a stop of two days to visit the ancient villages of Xidi and Hongcun. I am fully aware these might be more along the line of rebuilt villages to bring in the tourists, domestic and foreign, so I can only hope there may be some authenticity. Guess who is afraid of heights.

To ensure I make it to the airport in Shanghai to leave on Sep 28th for Saigon I was meticulous when choosing trains for each stretch of this leg of my trip. The only piece of information I have been waiting for is will I make it to the train station from Hongcun to Huangshan. Lots of time still. What I had not considered was that cancelling my first tentative itinerary, to Gansu, would mean my new itinerary would also be wiped out! I am hoping all my effort can be easily rectified and I will once again have my requested trains put in the queue again. I immediately fired off an email to have this done. A similar situation occurred last year – I do wish people would read things! Yet another one of the pesky issues when booking everything on one’s own. Check, cross check and check again. So, waiting with my fingers ready to send my payment for seats and berths.
Thank goodness I do not have to plan my time Vietnam beyond the first three nights in Saigon. I will ask my daughter what I can do there other than have a phone stolen. (That is her story – not mine)

Mozzy thinks I should make the bed despite him taking it over.
My day will be relatively quiet. I will do some more work on my itinerary for China and Vietnam.